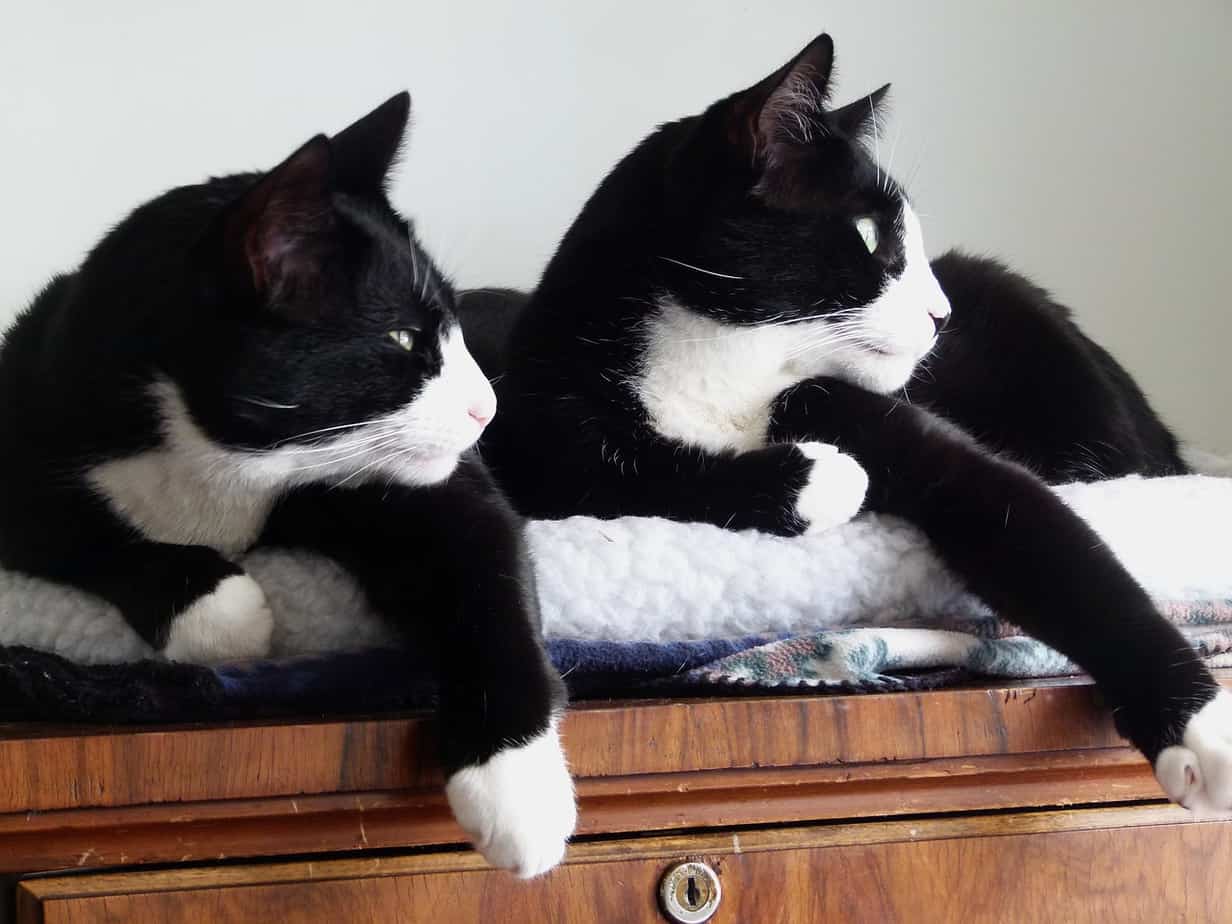 Guess who is always ready in their tux and ready to party? If you own a tuxedo cat you are privy to a permanently dressed-up feline companion. This adorable cat is one of the most common domestic cats and that’s most likely thanks to their markings.

What’s The Name All About?

The term ‘tuxedo’ describes the cat’s interesting coat, rather than its breed. Just like the calico cat, they are bi-colored, but in general ‘tuxies’ have white and black fur. Because tuxedo is more of a pattern than opposed to breed, they can either be long- or short-haired, pure or mixed breed.

They are also considered to be a black cat breed but with some white patterns that makes it look like a tuxedo. 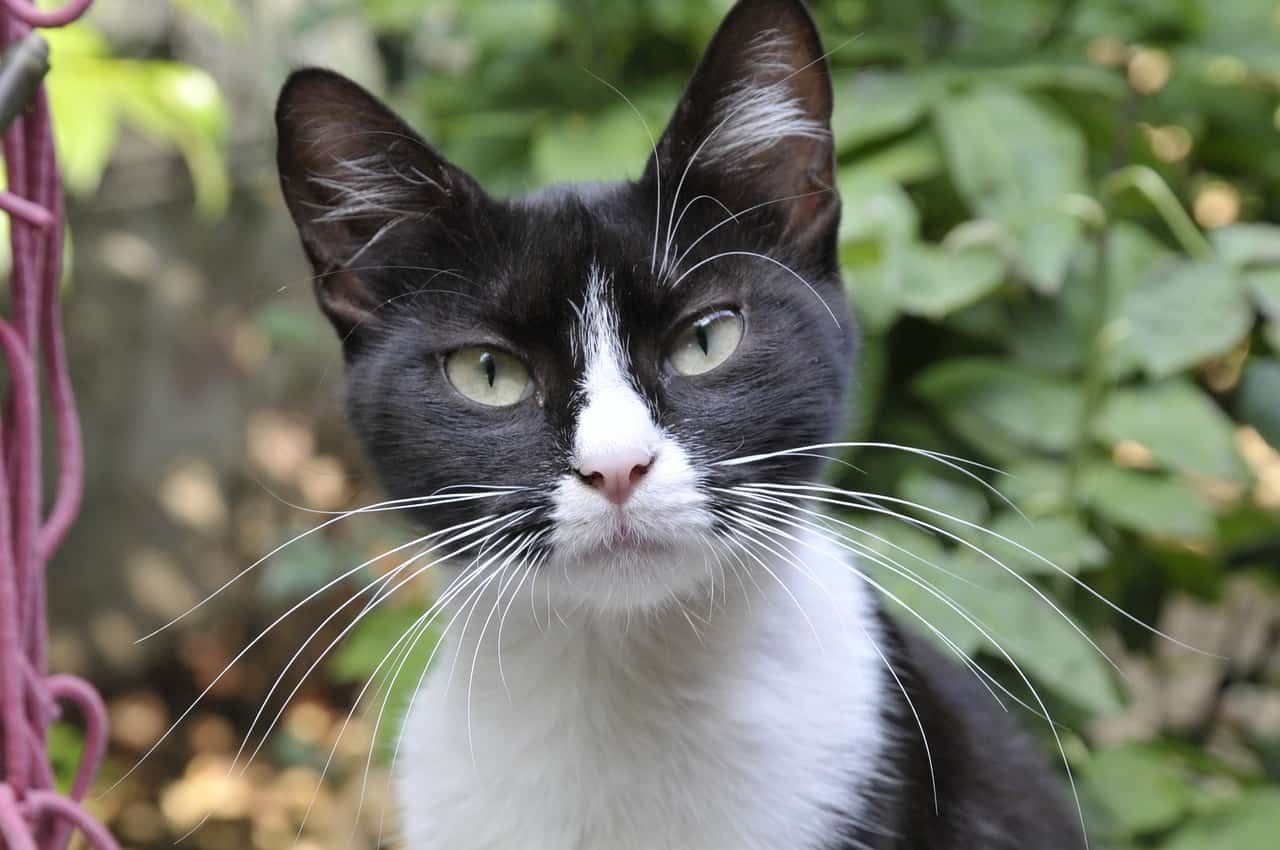 According to most owners and tuxedo cat lovers, these feline friends have an easy-going temperament and are happy, relaxed and quite dog-like in terms of personality traits. These kitties are born wearing their formal attire and look dashing from the get-go.

It is said however, that the tuxedo cat has superior intelligence. Nothing has yet been proven, but it would sure be interesting if one could determine more about a cat’s personality and intelligence by looking at their coat color. Because genetics decides the length, pattern and color of a cat’s fur, it’s reasonable to think these genetics may also determine other traits.

Tuxedo cats are rather vocal in comparison to most other cat breeds, and are strong and independent in character. They are generally completely comfortable whether they have company around or not; as a result, they can sometimes wind up getting into trouble, but always find a way to be home just in time for a meal. 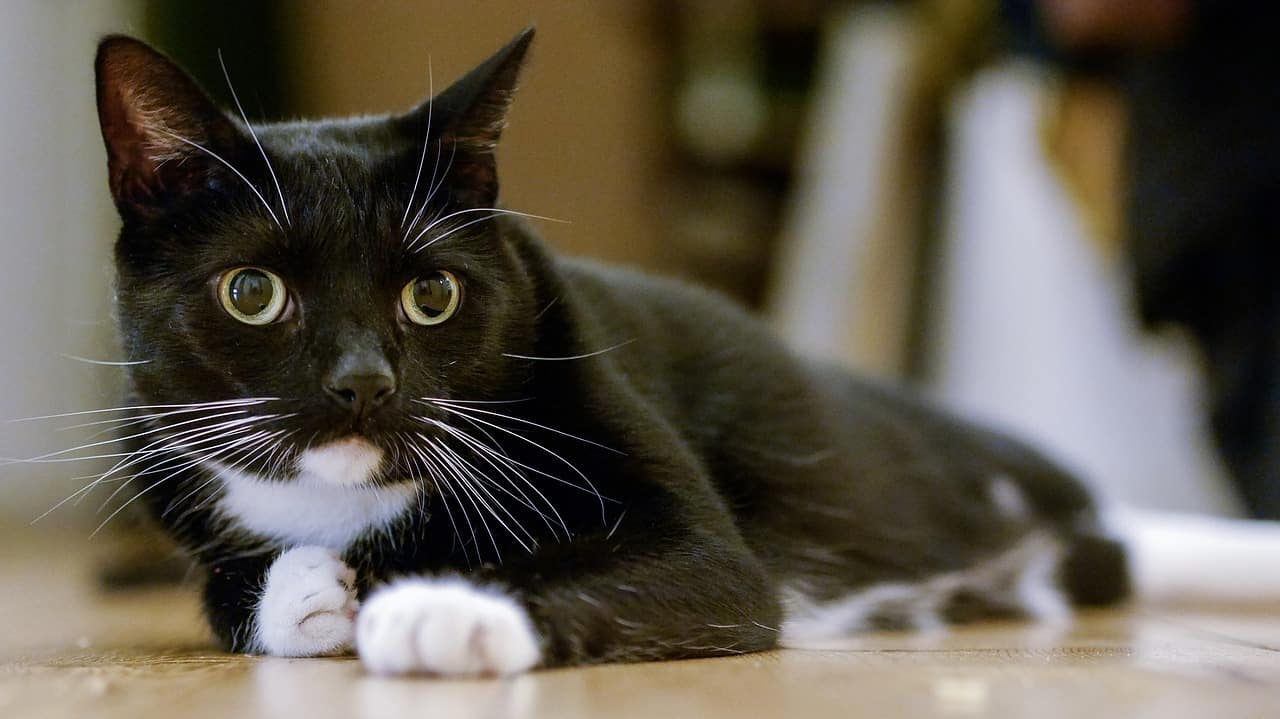 Should your tuxedo cat be kept indoors, they have a greater likelihood of living longer than their brothers and sisters who freely roams outdoors. Providing that you ensure your feline friend receives great care, feed them cat foods that are healthy, keep them at a healthy weight and take them for regular vet visits, your cat can have the potential to live up to 15 years of age and sometimes beyond.  Most tuxedo cats won’t surpass the 20-year mark.

Allowing your cat outside doesn’t necessarily have a negative impact on your kitty’s lifespan, but be sure to keep an eye on them while they’re outside, especially if you’re having weather that is very cold or very hot.

A great way of keeping a limit on your cat’s outdoor time is to install a cat flap that allows them to access the outdoors only when you want them to. 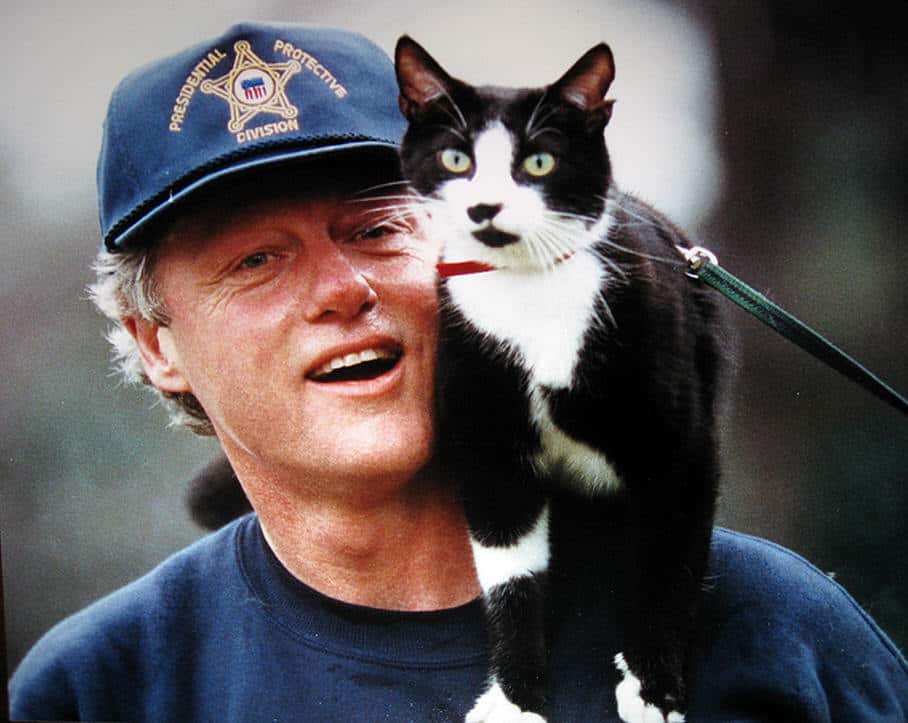 Most notably, Socks lived with President Clinton along and his family in the White House. Socks was the inspiration behind a few children’s books and has even been even featured in a TV sitcom and a comic strip.

The famously mischievous feline in the Dr. Seuss classis, the Cat in the Hat, was also a tuxedo. Several cartoon cats were tuxedos too: Sylvester of Looney Tunes and Felix the Cat graced our TV screens with their usual cuteness.

In 2012, a cat called Stan ran for the office of mayor in Halifax, Canada. Tuxedo Stan’s political stance brought attention to the problem of stray cats in the area and promised voters a city-sponsored neuter/spray program if he were to be elected.

It is said that Sir Isaac Newton, Beethoven and Shakespeare had tuxedo cats and there is one such cat named Sparky, that inherited $6.8 million in 1998 when his owner passed away. 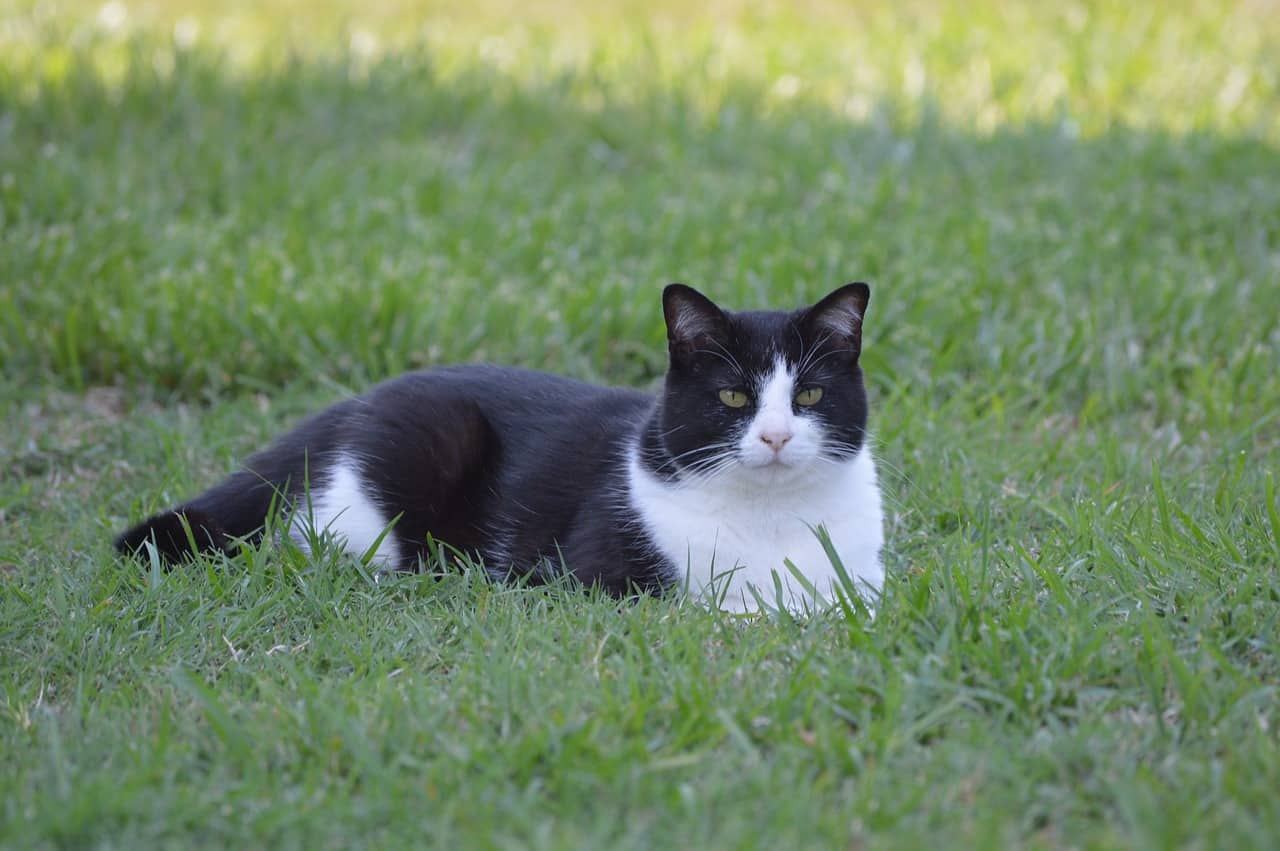 Tuxedo cats are the most talented domestic cat swimmers. Most cats hate water, but when placed in this almost unfortunate situation, these kitties have the athletic ability and strong back legs that make them excellent swimmers.

These friendly cats are extremely intelligent. While there haven’t been any studies to clarify how and why they are superior in that aspect, the experiences of their owners gives us more than enough data.

Should you be faced with a mouse problem in or around your house, you simply can’t fail with a tuxedo cat. Their stealth and patience allows them to be fantastic mouse catchers. Once they catch wind of a mouse’s presence, they won’t stop the hunt until the creature has been captured.

Here are some more facts about tuxedo cats:

Many cats show minimal interest in greeting their owners when they come home and often prefer to remain in snooze mode until they catch the sound of that famous sound of kibbles hitting the bottom of their bowl.  This is not the case for tuxedo cats. They are right inside your door once any small sound indicates that their human is home. Because of this, they are often seen as being rather dog like.

This list won’t be complete without mentioning their photogenic looks. Those striking eyes and bold contrasting fur patterns makes for an awesome Instagram post. Caption it well and expect those likes to come pouring in. Be sure not to pose with your cat if your ego can’t handle not being the center of attention.

Previous Post: « Persian kitty: An Informative Glimpse into Their History and Nature
Next Post: What is a Cheetoh Cat? »