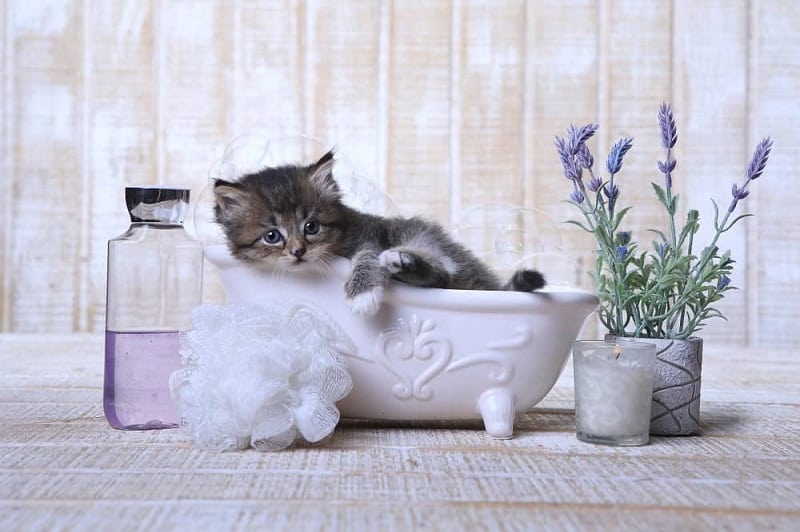 The question as to whether lavender is safe for cats or not, produces more contradictory answers than possibly any other that is asked about our feline friends. You will get some people who’ll tell you it is safe, and others who tell you whether or not, is lavender safe for cats, so in this article we are going to attempt to clear away any misunderstandings and end the confusion.

If we understand exactly what people are referring to when they use the word ‘lavender’ it may shed some light on why there is confusion. The reason is that some are referring to the flower, some to lavender oil, and others mean lavender in all its forms.

First, we have the flower, which is a member of the mint family and is a very popular flower grown in gardens, both public and private, although they can be found growing wild as well.

The other ‘lavender’ is lavender oil, which is produced commercially as an essential oil. It has several medicinal properties and is used as an anti-inflammatory, and an antiseptic. It is also used in perfumes, balms and cosmetics.

Lavender Flowers – Safe or Not? 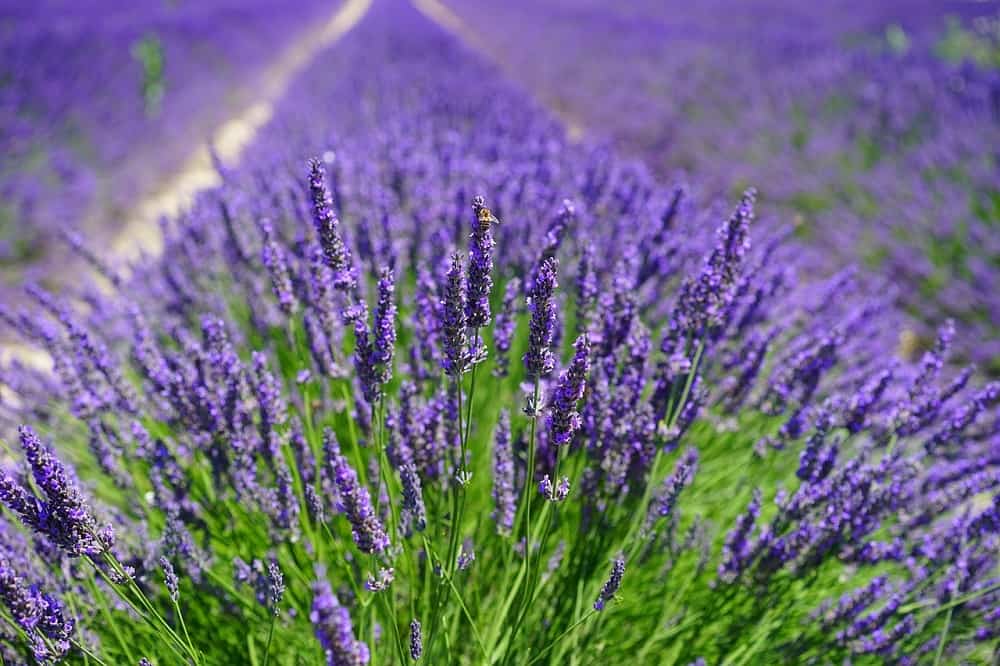 First, let’s discuss the lavender flower which you or possibly a neighbor, has growing in the garden right now. If your cat were to brush up against a lavender flower, or if it decided it wanted to have a nibble and eat a few flower heads, it is not going to poison them.

That is not to say that lavender doesn’t contain anything that can cause problems for cats. There are two substances that are potentially dangerous. The first is linalyl acetate which is often found in essential oils and secondly, there’s linalool, which is used for scenting soaps and shampoos. However, in the quantities that a cat would be ingesting by simply nibbling a bit of a lavender flower, there’s normally not enough to do them harm.

Where there could be problems is if your cat decided it was going to have a banquet and the only item on the menu was lavender flowers. If it then ate all the lavender flowers in the garden or at least a fair proportion of them, they are likely to be in some distress.

Before continuing on, there are some top list of unsafe plants that you might also want to consider.

We’ll discuss that distress in a moment, but the point we must make here, is that there would be problems if your cat ate anything to excess, including its normal cat food. The issue here isn’t the fact that it may have eaten lavender, it is when a cat eats large amounts of lavender flowers that the problems can begin.

Lavender Oil – Safe or Not? 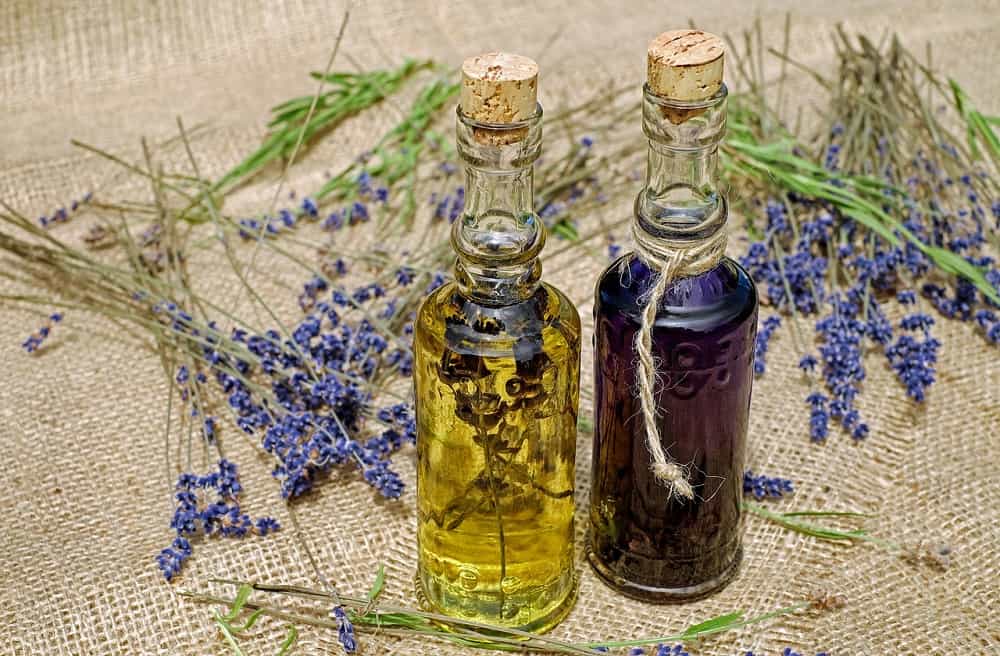 It is to be hoped that in your home the chances of your cat somehow having the opportunity to ingest lavender oil are virtually nil. Nevertheless, if you use lavender oil at all, check right now that is somewhere where your cat cannot get it.

You do not even have to have a bottle of lavender oil for your cat to come into contact with it. Lavender oil is widely used in products like liquid potpourris when the danger is not that they ingest it, but that they breathe it in.

So, lavender oil is most definitely not safe, and if your cat were to swallow any, or if they were to be so close to it that it was absorbed through their respiratory system, they could be making themselves very ill indeed.

We’ve mentioned that the two substances that cause the biggest issues for cats are linalyl acetate and linalool. One of the reasons they are a danger is that a cat’s liver does not have the enzymes which can break these down and make them harmless. Once they get into your cat’s digestive system or respiratory system they can cause several symptoms to occur:

If you suspect that your cat has been anywhere near lavender oil, whether they are displaying any of these symptoms, or not, you must call your cat’s veterinarian immediately.

First steps if your cat has suspected lavender poisoning

One thing you must not do if you suspect your cat has swallowed lavender oil is to induce it to vomit. This can make matters worse by causing burning to their digestive tract. Simply take a sample of the lavender oil, along with you, when you take your cat to the vet.

The vet will give full cat examination, which could include testing their blood and/or urine. The main concern that the vet will have is if your cat has suffered any damage to their liver or kidneys.

Treatment for cats with lavender poisoning

This cat poisoning treatment will very much depend on how serious a condition your cat has because of the lavender poisoning, and which symptoms it is showing. It may be that it cannot eat due to injuries to its mouth, so it may require a feeding tube.

Other treatments may be those which help settle the stomach and reduce vomiting. The vet may also prescribe antibiotics, anti-inflammatories or painkillers according to your cat’s condition.

The good news is that lavender poisoning is not normally fatal, especially if you react quickly enough and ensure your cat is seen by a veterinarian without delay.

Lavender in its natural flower form is usually safe for cats, provided they don’t decide to munch down a whole flowerbed full of them.

Check out this top 15 list of safe plants for cats that they could freely nibble.

Here’s a short video about essential oils and cats:

Lavender oil is very unsafe for cats and any amount of it which have in your home must be kept somewhere that your cat cannot possibly access it.

Previous Post: « Tabby Cats: The Ultimate Guide to their history, types, characteristics, temperament, and care
Next Post: Is Your Cat Sad? How to Tell and What to Do to Cheer Up a Depressed Cat »