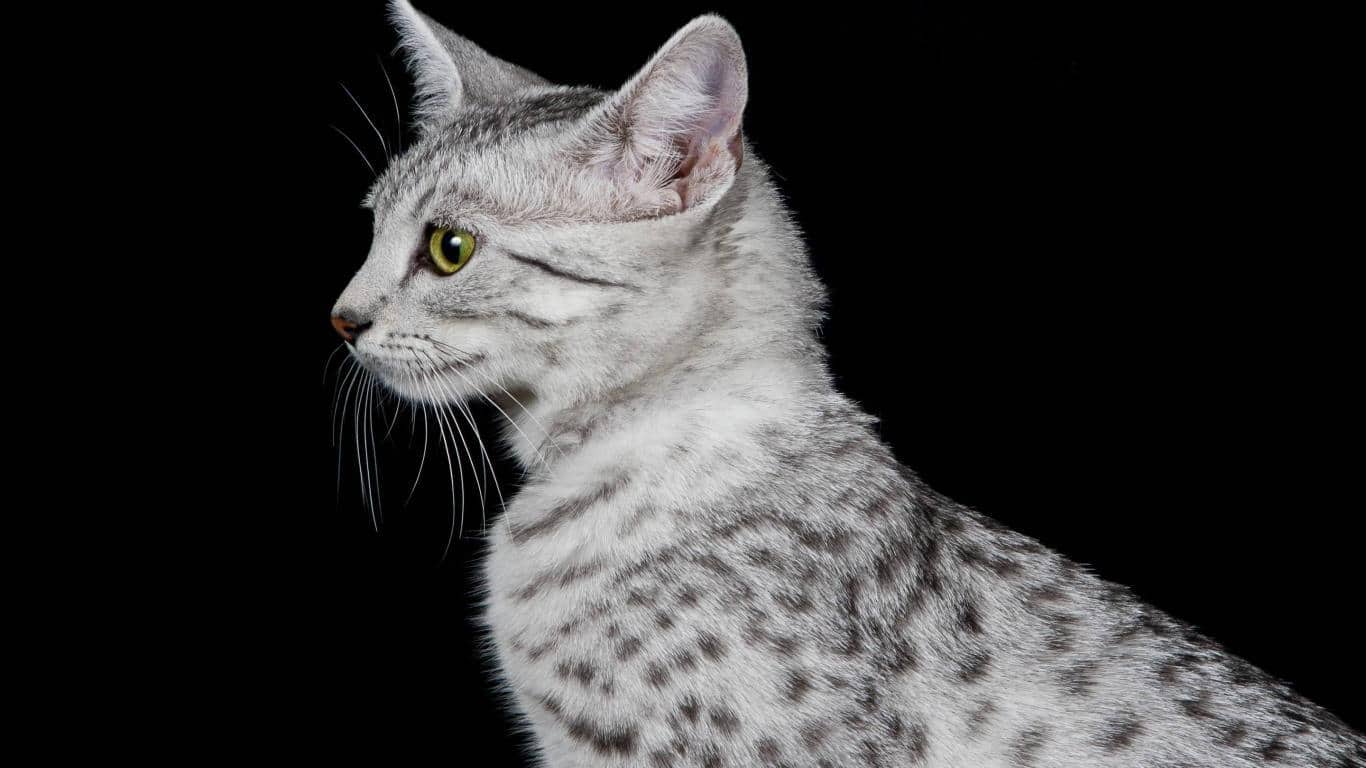 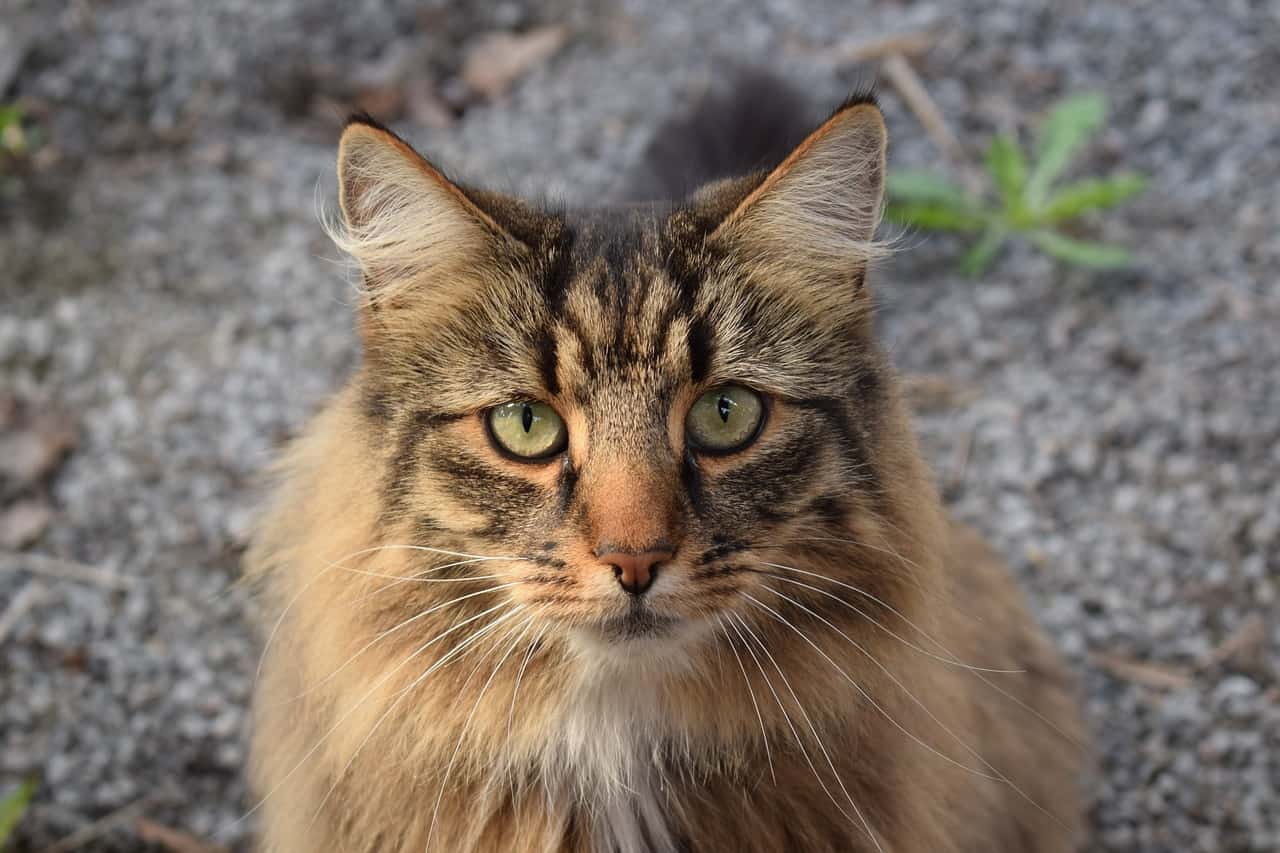 One of the most regal breeds in this list is the Norwegian Forest cat. These cats are known for their gorgeous, fluffy coat that looks as though it could keep them warm even in several feet of snow.

This breed is known to be quite mellow and friendly, enjoying hanging out with human counterparts and snuggling up in their laps. You may also be interested in knowing that the rugged coats of these cats are typically waterproof, which makes sense considering the weather patterns in the Scandinavian regions the breed comes from. 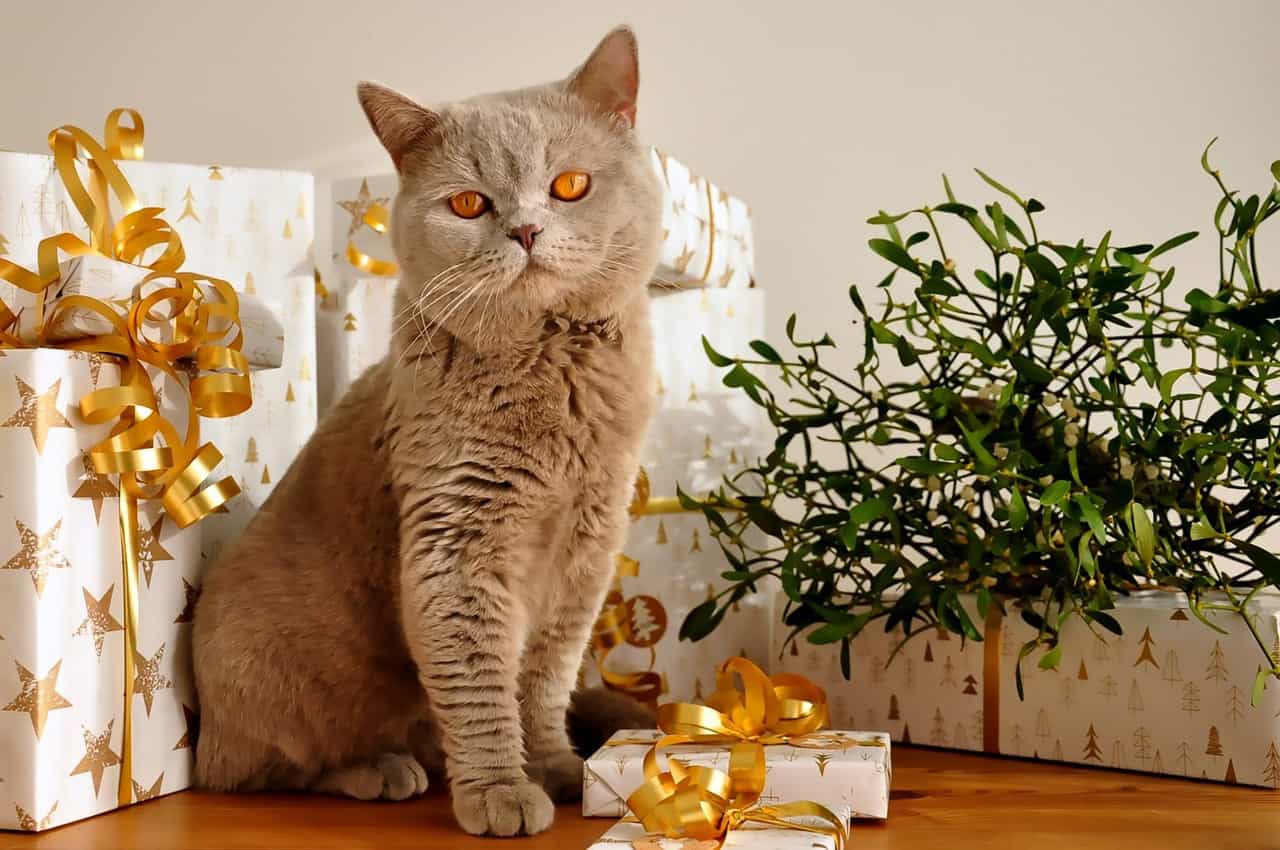 The British Shorthair is also known to many as the “domestic” which may come in either longhair or shorthair varieties. This breed came from England in the Victorian era and became stars of some of the earliest cat shows in the area.

Furthermore, they tend to be medium-sized cats, ranging anywhere from eight to 20 pounds depending on the background of each specific cat. These cats are also known to be quite mellow and affectionate without constantly begging for attention. They also often have short coats, but can sometimes come in other fur lengths depending on their ancestry. 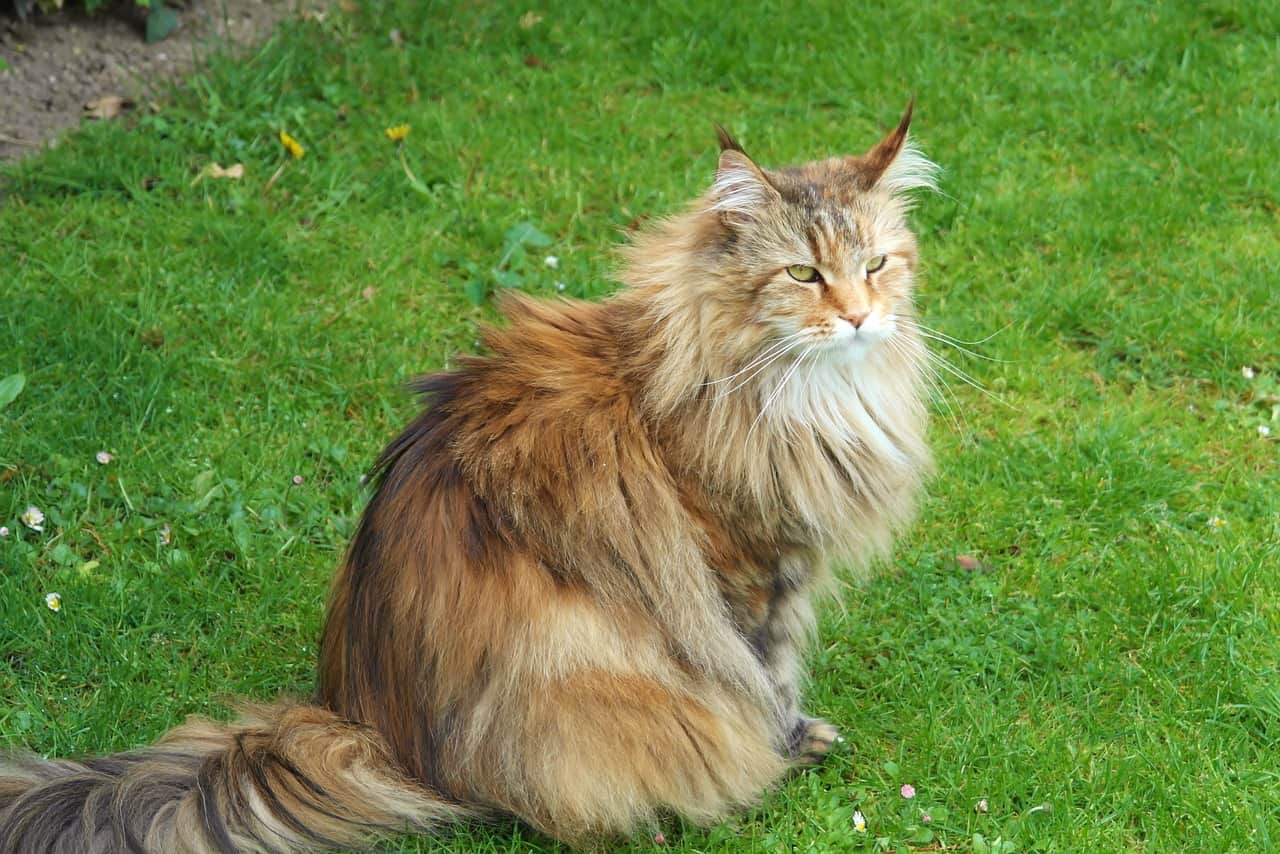 Like the Norwegian Forest cat, Siberian cats have long hair, but have more of a fluffy appearance rather than a rugged one. The breed began in Russia and was later imported into the United States. They’re also known to be very friendly, enjoying a lot of human attention.

Another interesting feature of this breed is that they tend to enjoy playing with water. Some members of this breed may enjoy some fun bath time while others may just like to bat at their drinking water. Overall, it’s a gorgeous breed made up of fluffy love-bugs who greatly enjoy a good snuggle. 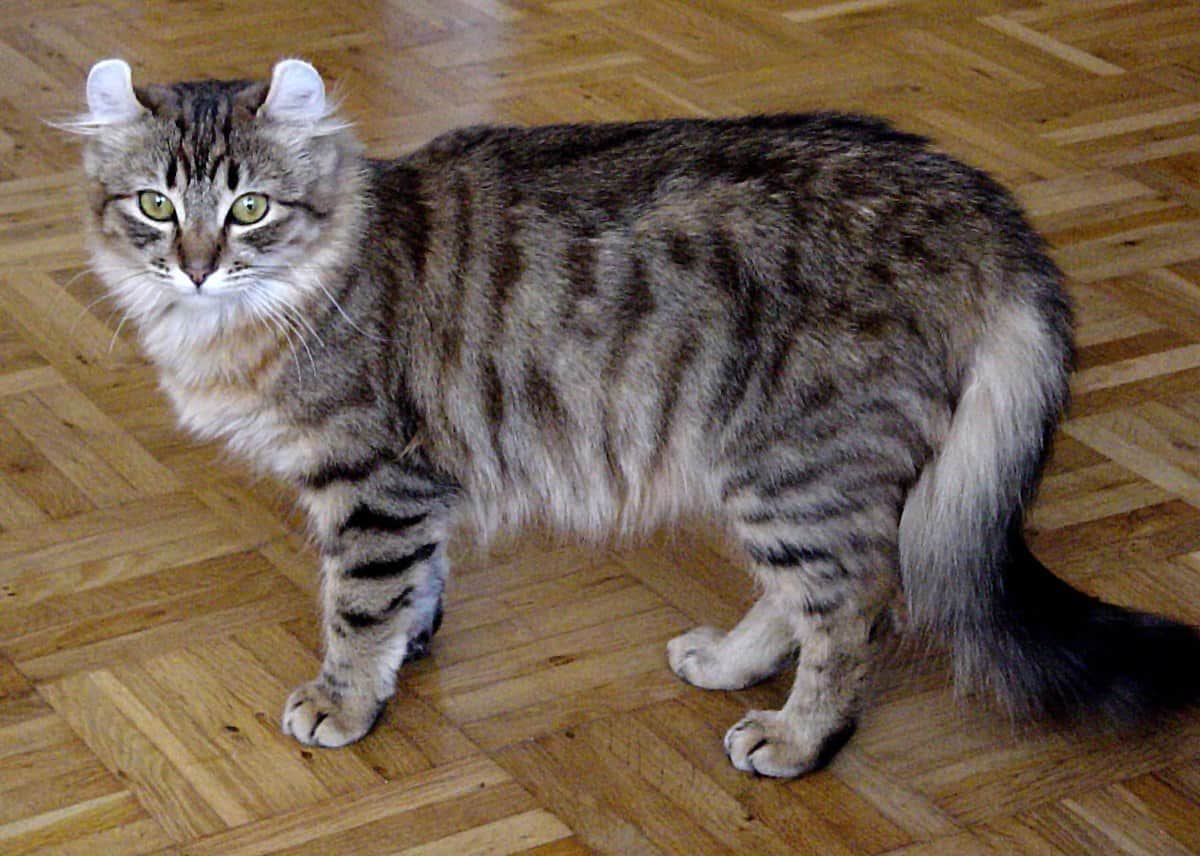 These cats are well-known by their ears. Unlike the pointed ears that many breeds sport, the American Curl has ears that are curled backwards, giving them a very unique appearance. They also tend to have long fur that you may want to make sure to brush out regularly.

Members of this breed can also be slightly on the small side when compared to other breeds, typically weighing anywhere from five to 10 pounds. They also sport friendly personalities and are moderately active, enjoying long naps with periods of playtime in between. 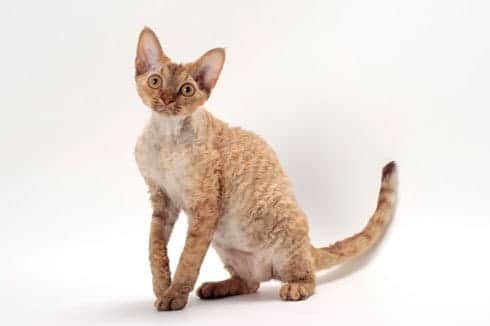 The Devon Rex is a shorthair cat with an interesting coat. It’s soft and portrays some of the curl we can see in some longhair breeds, but without the length. They are also known to have large eyes and ears that may seem oversized on their heads. This can give them a very expressive look.

An interesting personality of Devon Rex is that they tend to love food of all kinds. That’s not something you might expect looking at the slender frames of these cats! Do keep in mind that members of this breed do best when they have companionship, as they can get lonely! 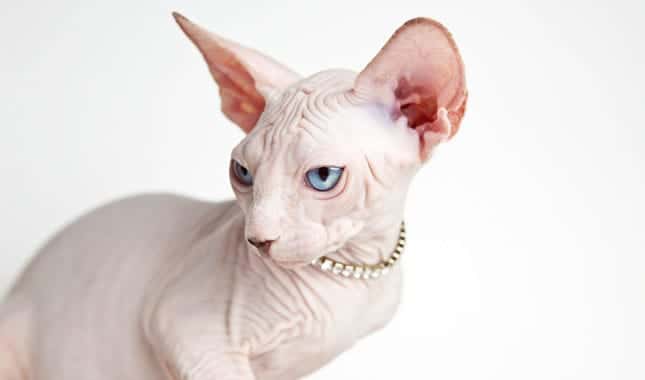 When most people think about hairless cats, they think about the Sphynx. These cats are well-known by many based on their unique appearance. These cats tend to be highly friendly and social toward their humans and strangers alike, which is quite a unique feature among cats!

Another great aspect is that they have no fur, so if you want a pet but hate brushing or cleaning up pet hair that has made its way onto your furniture, clothing or carpet, then this is a great pet option to look into. Do keep in mind that they may be more prone to certain health problems than other breeds. 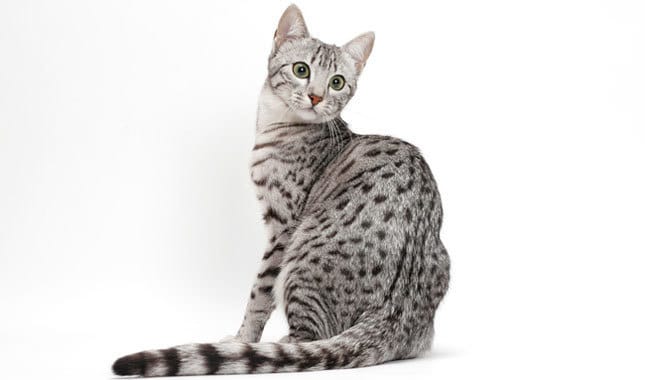 The Egyptian Mau is a sophisticated cat that comes straight out of Egypt. It is even thought that this breed might be related to those who were adored by the pharaohs of ancient times. These cats are known to make pleasant noises when they are happy, which can be quite adorable to witness.

They can also be quite active, enjoying running, climbing and jumping. Because of that, it can be a good idea to have plenty of tall cat furniture or even cat shelves for them to enjoy. 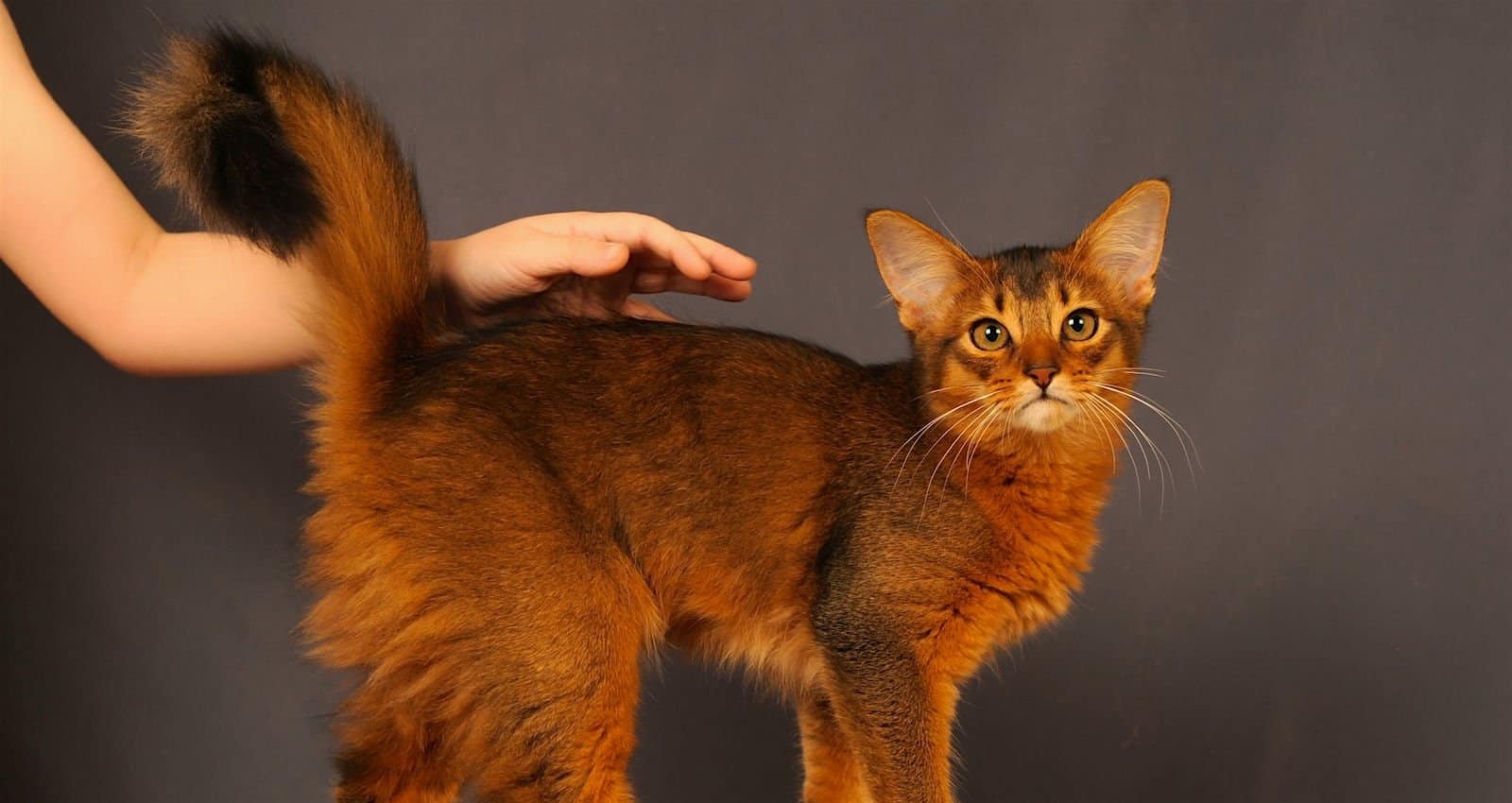 Another regal breed is the Somali cat. These fluffy, longhair felines have a beautiful coat and a large pair of eyes that are hard to miss. This breed is another that was preferred during the Victorian era, and rightfully so! The Somali is in the same family as the Abyssinian; they are a stunning shorthair with a very cunning look.

Members of this breed are known to be quite energetic and frequently in motion whether they are playing or on the hunt. They also love receiving the attention of the humans around them. This is a great cat for those who want something that will be very playful and affectionate.

There are a number of different breeds that come in grey and white patterns, and each breed has a unique personality and look. Because of that, it’s important to consider which breed will fit best into your lifestyle before bringing a new cat into your home.

If you are looking for a new cat, it’s a good idea to go to a shelter or at least ensure you use a reputable breeder who has a complete understanding of the breed. This can go a long way toward ensuring that you have a happy, healthy feline friend.