Home - Health And Nutrition - Cats with Down Syndrome 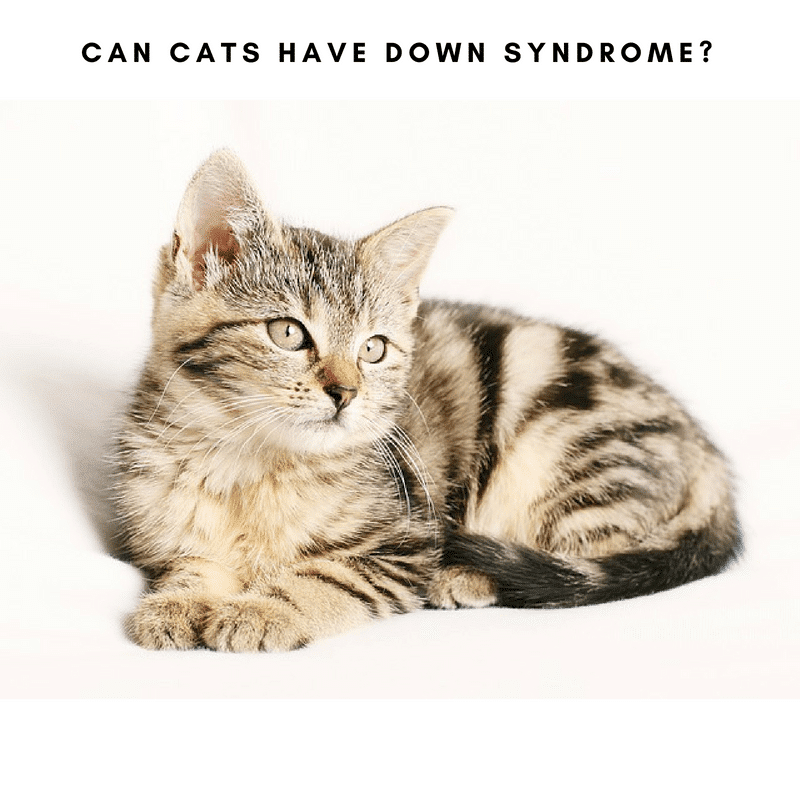 We’ve seen a lot of odd looking cats taking the internet by storm lately, and many people are wondering if these cats have a form of Down syndrome or are there any cats with down syndrome? Is it even possible for cats to have Down syndrome? Well, yes and no. Technically, they cannot have this condition, because they do not have the same chromosome patterns humans do. Down syndrome is a condition that affects only humans. But, this is not to say that cats do not have conditions that can closely mimic Down syndrome. Today we are going to take a look at Down syndrome in humans, and whether or not cats are actually afflicted with the same condition.

Let’s start by talking about how Downs syndrome affects humans. This is a genetic disorder that is found in humans, and is characterized by the presence of an extra chromosome, or part of one, in the twenty-first pair. This added chromosome gives those who have Down syndrome very distinctive physical characteristics, including short necks, small chins, large tongues, slanted eyes, odd-shaped outer ears, etc. Not every case of this condition results in these characteristics, but they are common to Down syndrome.

Other things associated with this condition include stunted growth, and weak muscle tone. There is also an impairment in mental abilities, with the average adult IQ being around 50, or the equivalent of a child under the age of 10. Of course, this can be different from person to person. People with Down syndrome to tend to develop at varied rates, although most do develop more slowly than those who do not have this condition, which is also associated with a variety of health issues, including heart disease, vision impairment, infertility, and gastrointestinal issues.

Now we come to the big question: Can cats have Down syndrome? There are some characteristics of Down syndrome that are sometimes seen in cats, including wide-set, round eyes, stunted or droopy ears, upturned noses, and an oddly shaped face. Cats that are thought to have conditions similar to Downs syndrome tend to have abnormal behavioral, and they are often uncoordinated and clumsy, bumping into things and frequently falling down. They may also sit differently than other cats, or have different vocalizations.

Kittens with Down syndrome-like conditions often behave differently than other kittens in the same litter, and they tend to be a lot friendlier than other kittens, although they often do not respond when called to.

Here are some things to consider if you think that you may have a cat that has a condition like Down syndrome:

Important Facts About Cats with Down Syndrome

Here’s a detailed video about how down syndrome occurs with chromosomes:

Next is behavior. A cat may show strange behavior, but this doesn’t automatically mean that it has Down syndrome. In fact, it may just be behavior that is unique to the cat, or another health problem that has not been diagnosed. There are many health issues associated with cats that can lead to a variety of symptoms that are much like those of Down syndrome.

Many breeders tend to over-breed their pets, and there is also inbreeding involved. If two animals with the same genetic structure mate, it is likely to produce offspring with birth defects. The same is seen in humans. It may not be that the cat has Down syndrome, but that it is a victim of inbreeding.

If a cat is thought to have Down syndrome, it could very well be a case of misdiagnosis, as it is impossible for cats to have that extra 21 chromosome. There could be other genetic disorders at play, such as Klinefelter syndrome, which can cause physical mutation. As of yet, there is no scientific evidence that cats can be afflicted with Down syndrome.

If you think your cat may have a genetic disorder that has characteristics that are similar to Down syndrome, it is important to have your cat examined and diagnosed by a veterinarian. There are several things that could be going on, including cerebral hypoplasia, which causes poor balance and renal issues.

Kittens born to mothers with FPV (Feline Parvovirus) are prone to cerebral hypoplasia, which is neither progressive nor contagious. Kittens with this condition are born with underdeveloped cerebellums, causing them to stagger when they walk. If you notice this in your cat, make an appointment with your vet right away so you can find out what you need to do in order to give your pet a healthy, happy life.

It will also be great if you can have your cat vaccination completed appropriate with the schedule given by your vet.