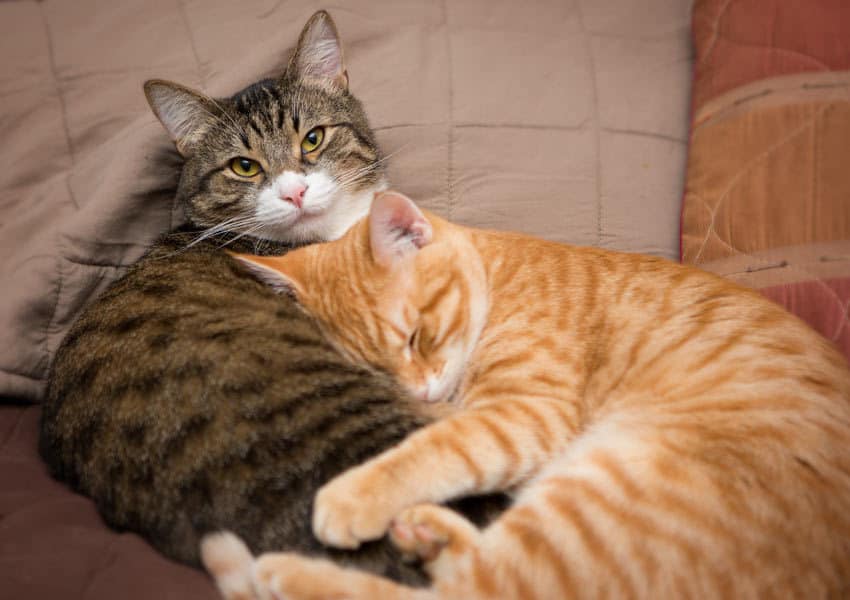 I know it is fun to think about adding some new cats to your home, especially when you find the first one or current cat alone, lonely or needs a playmate. We mean good to our cat but there are actually some precautions that we need to carefully consider before we introduce a new cat.

These will help us better understand the nature and behavior of our cat and reduce the chances of conflicts occurring with your home. These conflicts could lead up to a fight, injuries or drive one cat to vacate your home.

It is more likely the same with dogs and cats. You might want to learn how to introduce a cat to dogs before you actually get one.

Having some knowledge about the behavior of cats will tell you that there is a good and safe way to introduce new cats to a single cat or a glaring.

Additionally, if you successfully introduce and let your cat bond, the results are satisfying and rewarding as cats can be really friendly, adorable and happy when they’re around a few cats they are comfortable with. They’d have someone to play around, look for something to hunt in your home, someone to cuddle when sleeping and more.

Another great thing about a glaring or a clowder is that each cat respects each other’s boundaries such as they rarely steal or eat the food of the other cat even without proper training. Just seem so natural.

Below are some factors that cause conflicts when introducing a new cat:

If you have an adult cat at home and you’d be bringing another adult cat, not to mention the same gender, then there is a high risk or chance that a flight will occur. They are both adults where they are more likely to fight out their territory and protect it with an invader which would be your new cat. The thing you would consider would be at least having a cat that synergizes with your current cat. Have a female and younger cat if you have a male or old cat or vice versa.

Next would be the territory. Cats are born with natural territorial instincts, unlike dogs where some breeds really don’t care and just pure friendly. They seek to claim the area to where they find comfortable and a new cat without proper introduction could trigger a defense mechanism to the current cat that holds the title of ownership and would cause a fight. The result could either be that the new cat would claim the territory to be its own or the old cat driving away the new cat rather than getting along and sharing the same space.

This is fairly natural. It’s also common among other pets and animals. New scents always startle another animal. It triggers their natural instinct to be cautious or at least protect their selves or what they have as scent imposes invasion, predator or any threat possible. New cats are advised not to be paired with a group or a single current cat at home as the new scent is something unfamiliar and has a great chance leading to a commotion.

This factor is between cats and humans. If we spent more time with just one cat, play with them most of the time, cuddle and more. Seeing it being done on the new cat would make the old cat jealous and would either get your attention or start a fight with the new cat. Furthermore, if you eventually succeed in introducing the new and old cat, you still might want to provide the same amount of time, effort and attention to each as cats can easily get mighty jealous.

Some people may think that as long as it is a cat, it’s okay. It may be the same animal type but it has different breeds. The two famous cat breeds that don’t go along with other cats, regardless if it’s their own breed, is the Siamese and Bengal cat. Siamese is really the jealous type of cats. They don’t want to see other cats getting petted or pampered by the owners and would usually bully the other cat because they want it all to themselves. On the other hand, Bengal cat is highly territorial and dominant. It’s possibly due to the size cat’s size. They might be able to live with other cats at home but they would be really strict with some of the areas or things where if the other cat steps out of the line, they’d be fighting for it.

It’s also worth noting that regardless of the breed, feral cats might have a hard time with the introduction.

How to Introduce a New Cat 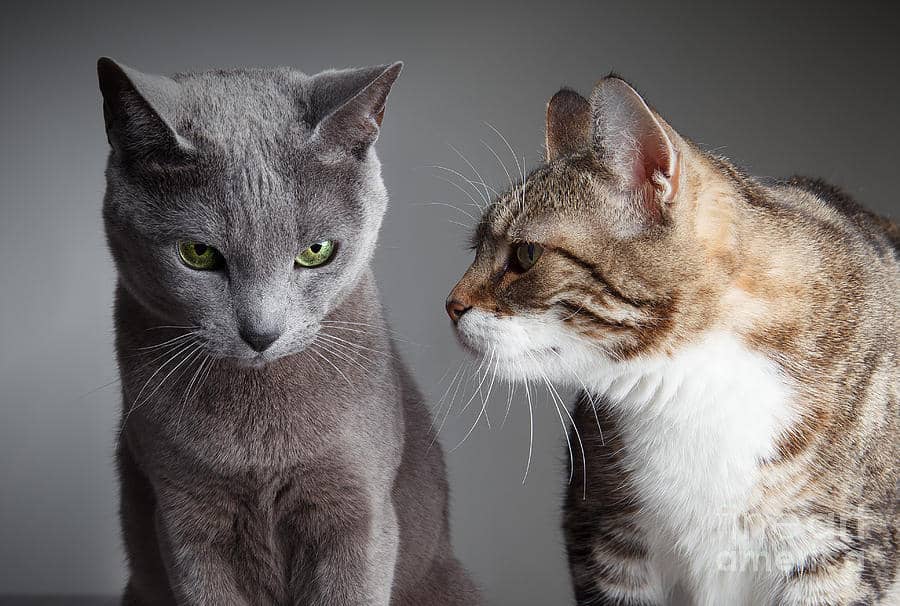 You can base the procedure of introducing new cats accordingly to the factors we’ve discussed above. The thing that comes first would be the breed and the age of the cat as they are needed to be considered before getting a new cat introduced.

If you plan on getting a cat or adopting one which we highly advise that it’s much better and more humane to adopt a cat rather than buying one. Not only you’d be helping the abandoned animal, but you’re also making the world a better place.

Below are some of the reasons why it’s better to adopt a cat:

You need to identify first the breed of the cat and see some papers about its age and gender. It’ll be a great factor which you can resolve earlier or avoid fights or commotions from occurring. It’s best if you keep a cat of the opposite gender, a cat that’s younger from the current cat and the breed if it plays well with other cats.

Next would be getting each other familiarized with scent and the scope of their territory. The best way to do this is to have a cage or a pet carrier where you can place the new cat securely, in the same room as the old cat without allowing them to touch skins. This way, cats would learn and identify each other’s scent as they slowly accept them to be something they are familiarly safe. You can do this process alternately, allowing the new cat to be on the other side of the cage and the old cat inside. This takes time, a few days and some of your effort but it’s surely satisfying and rewarding once they get along.

Lastly, attention would be something you want to be fair when it comes to cats. Pay a fair share of attention such as cuddling, playing, and pampering with each cat to avoid any jealousy which could lead up to a fight.

These steps may be short but the process is highly effective and does not really cost you too much or do you harm. It’s best to keep your cats in line and always take these careful steps on how to introduce a new cat when you plan on adding a new one.

For those who want a detailed and a step by step guide, you can check out some of this amazing article about guidelines for introducing a new cat into your home. It also has information about how to cat-proof your home and more.

Previous Post: « What to Feed a Sick Cat That Won’t Eat
Next Post: Labrador – A therapy dog! »