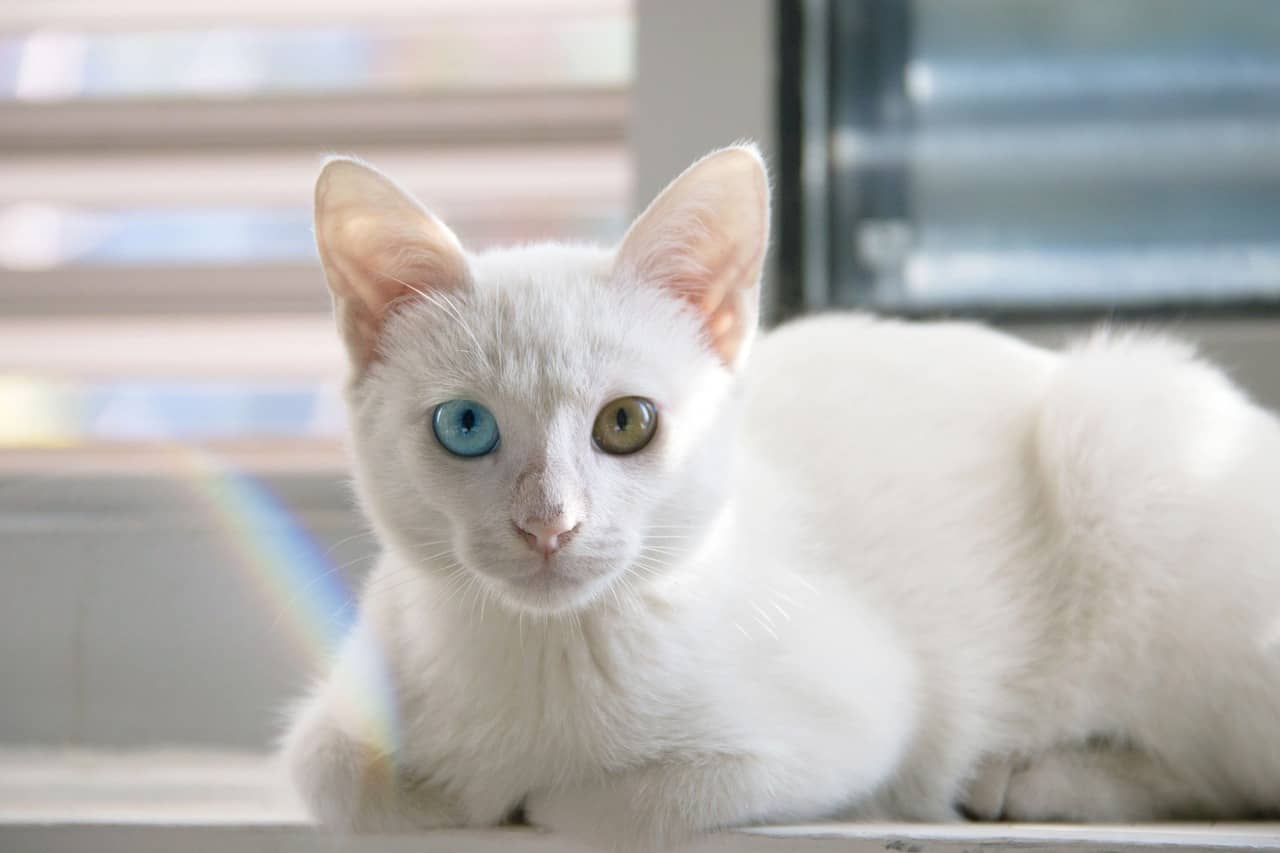 There are so many amazing cat breeds in the world today, and they have so many unique features! One of these features that can really make a cat stand out is a large pair of eyes. Below, we’re going to take a look at 10 cat breeds that are known by their large eyes on top of other features. From the Abyssinian to the Ragamuffin, let’s take a look at all these different Cat Breeds with Big Eyes! 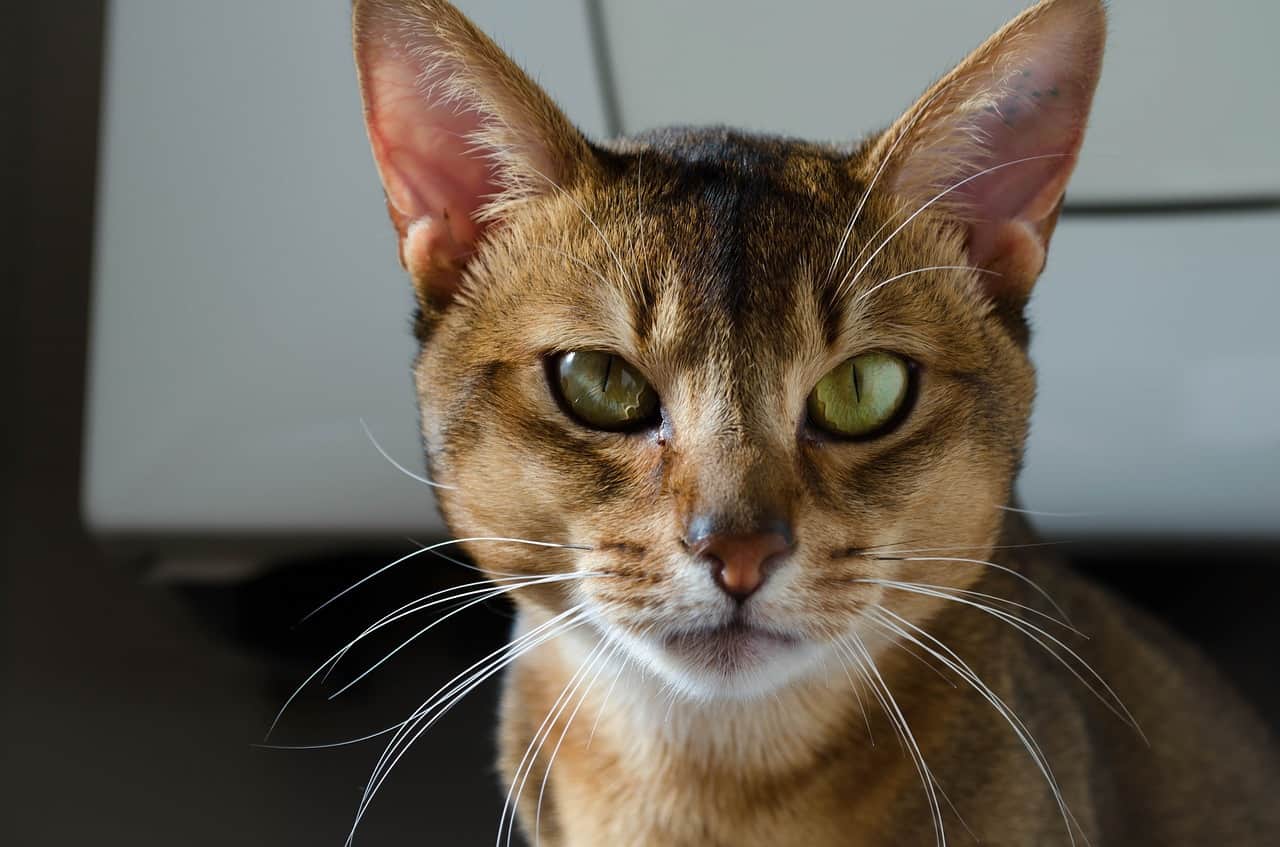 These cats have a handsome, striking look that really shows off the cunning of the breed. They are known to be a quiet breed that has no problem spending time on their own. They also don’t need a lot of cat grooming and maintenance.

They are a particularly athletic breed, so they’re a great cat for those who want something very playful or that can hunt rodents or other small critters. Overall, they’re a very cool looking cat that appears as though they could easily hunt down just about anything. 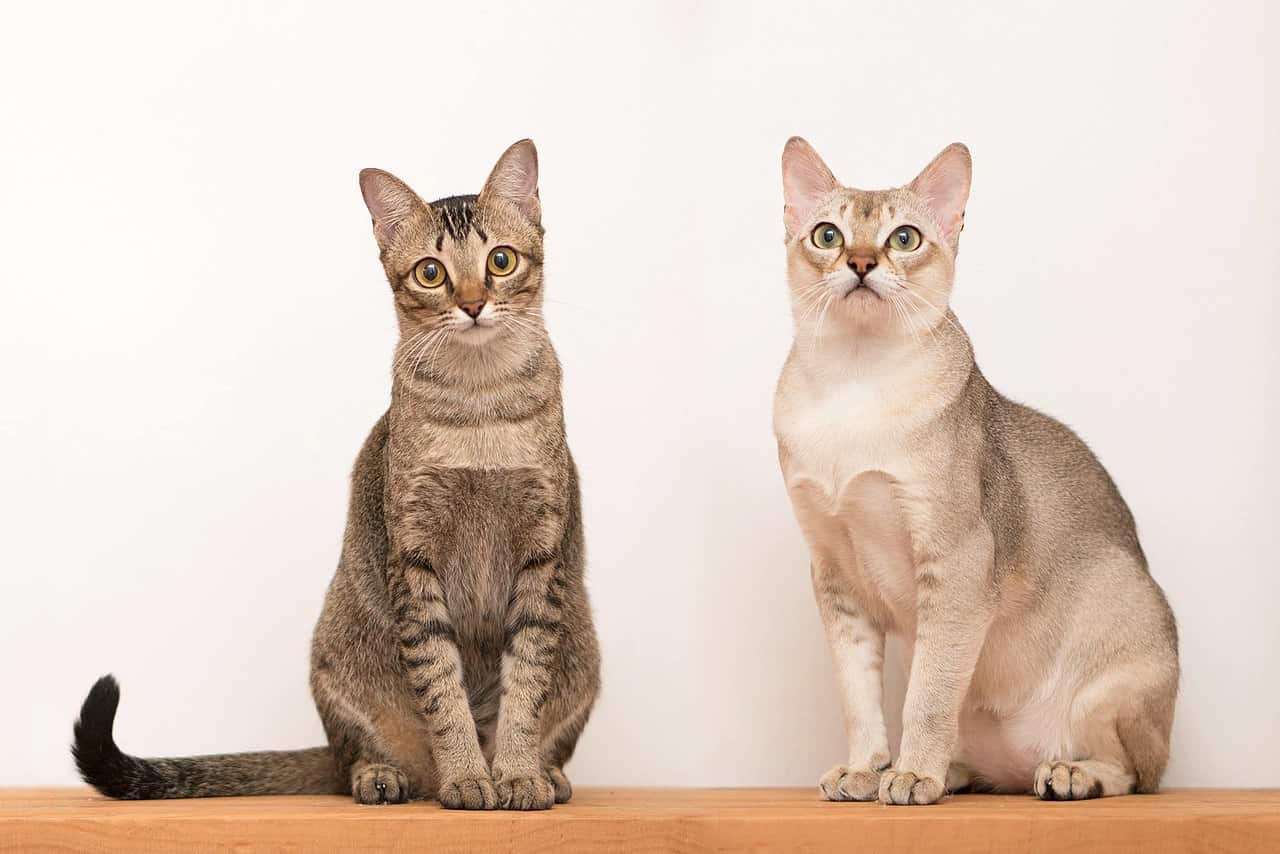 Unlike the smooth, sharp appearance of the Abyssinian, the Singapura has an appearance that makes them look frequently surprised. This breed is also known for having large, pointed ears. To some, they may look like the fennec fox of the cat world, with their large eyes and ears. Their eyes can really dwarf their nose and mouths, making them appear quite small. They are also shorthair cats, so there isn’t a large need for grooming. 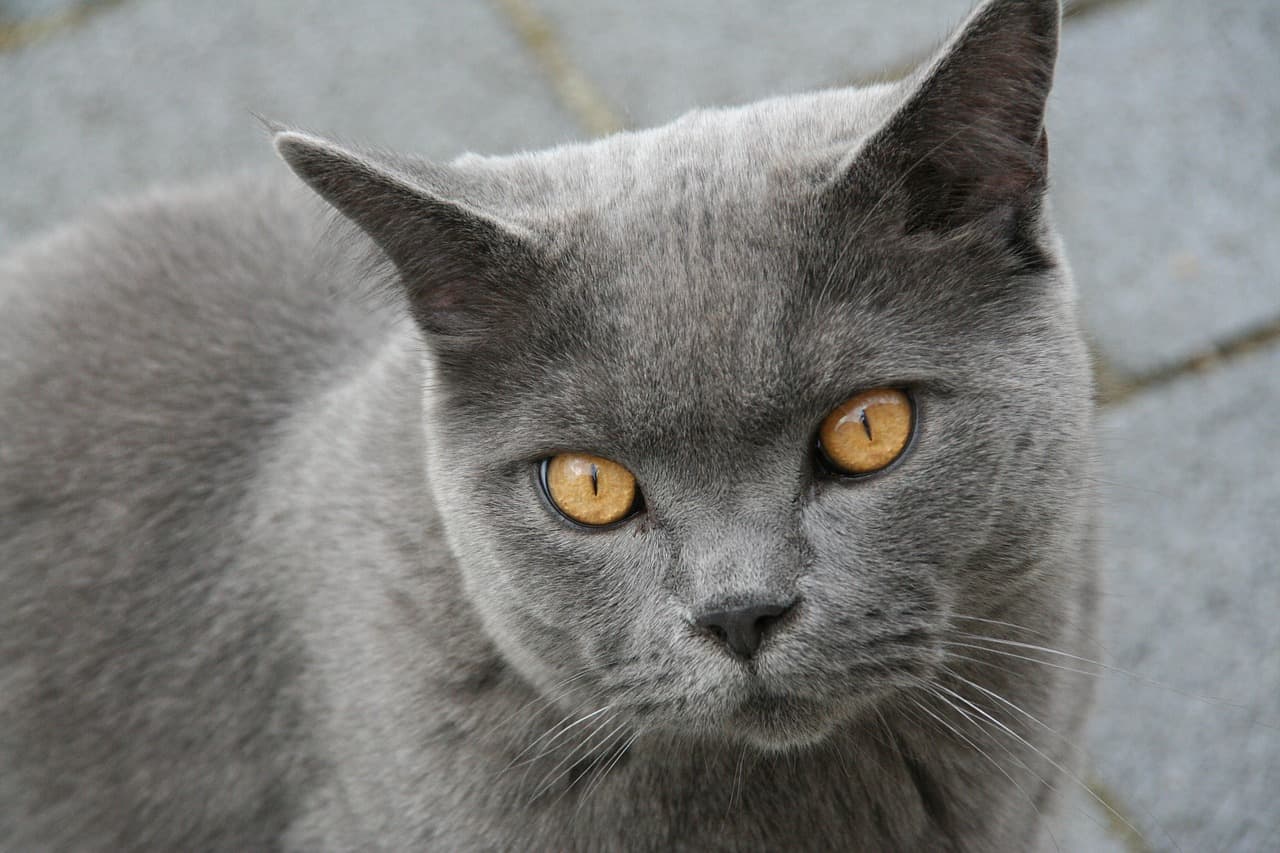 Not only to British Shorthair cats often have large eyes, but they tend to be an interesting copper color. They also tend to have dense, short fur that can result in a velvety soft coat. Furthermore, these cats are considered to be excellent family pets who enjoy playing with children. They can also get along quite well with other pets in your home. For those who are looking to add a pair of paws into their loving family home, this is a great choice. 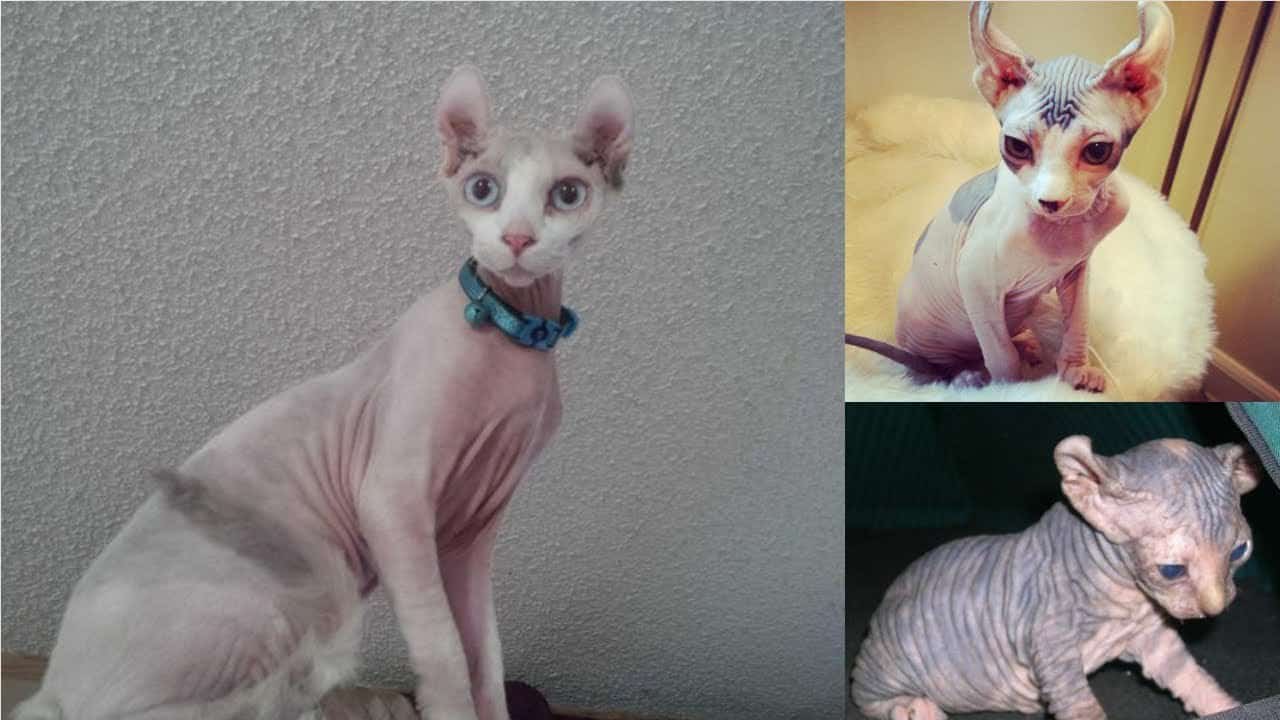 The Elf Cat is a truly unique breed with an interesting appearance. They have large, wise eyes and ears that are bent backwards slightly. It is likely that these unique ears are where the term “Elf Cat” comes from. Many have found these to be very social animals who enjoy being around humans. They also tend to be quite intelligent. Because of this temperament, they can fit into a wide variety of homes well. Just make sure they keep warm, as they lack fur! 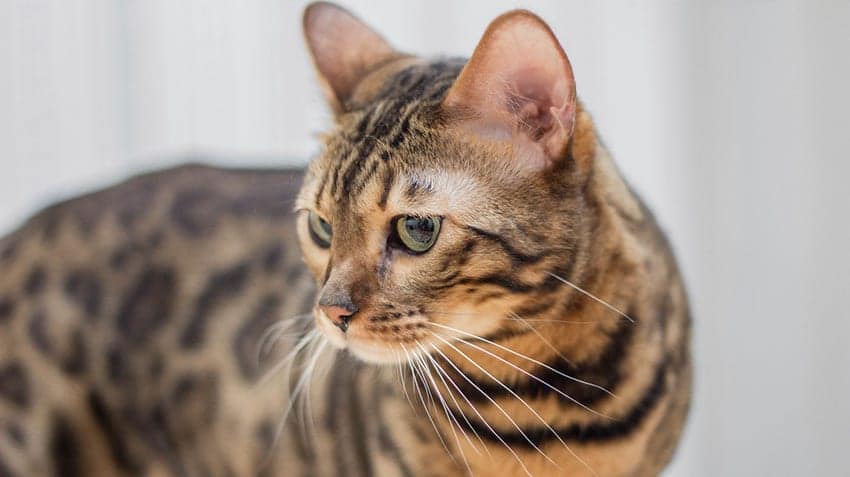 These cats are known for their gorgeous spangled coats that can come in a huge variety of colors including calico, red, silver, black-blue and more! They also have almond-shaped, brightly colored eyes that can really allow them to stand out among other breeds.

Below is a short video telling some of the fun facts about California Spangled Cats:

Those eyes lend them an alert, intelligent look as they take in the world around them. They also tend to be of the shorthair variety, meaning they won’t need a lot of extra grooming. 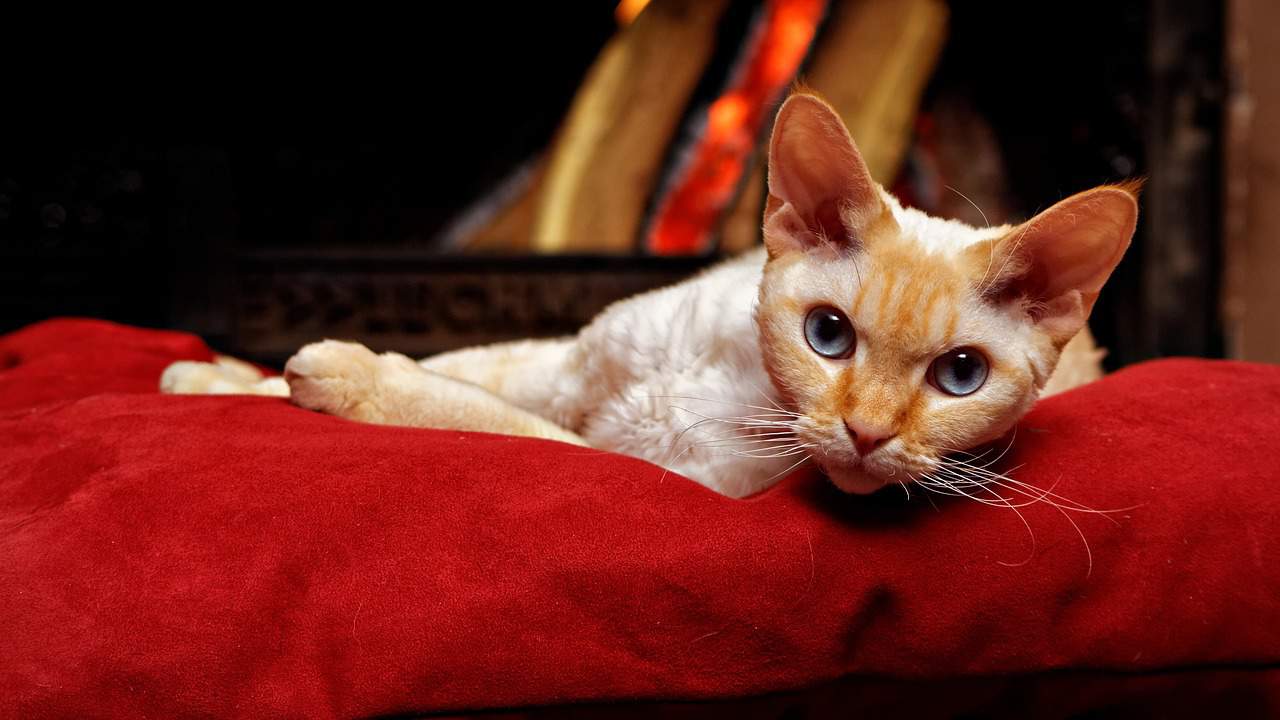 On top of the large eyes, these cats have a very short, extremely soft coat. It’s this coat that really makes them stand out in the cat world. They also have ears that are quite large. Many who have owned cats of this breed have found them to be very playful and friendly, making them great family pets. In addition, they are thought to be very intelligent and enjoy standing on the shoulders of their owners. This can be a fun way for cat and owner to bond. 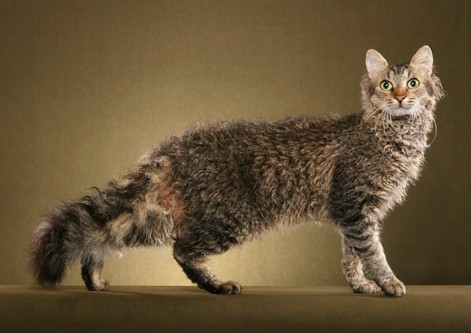 Like many of the cats in this article, this one also comes with a unique coat on top of the large-eyed features. They tend to have longer, somewhat curly coats that can give them a wild appearance. Because of those large eyes, they can also be quite expressive. To add some interesting history, these cats are often known to be associated quite closely with Native American cultures and even originated within that time frame as well. 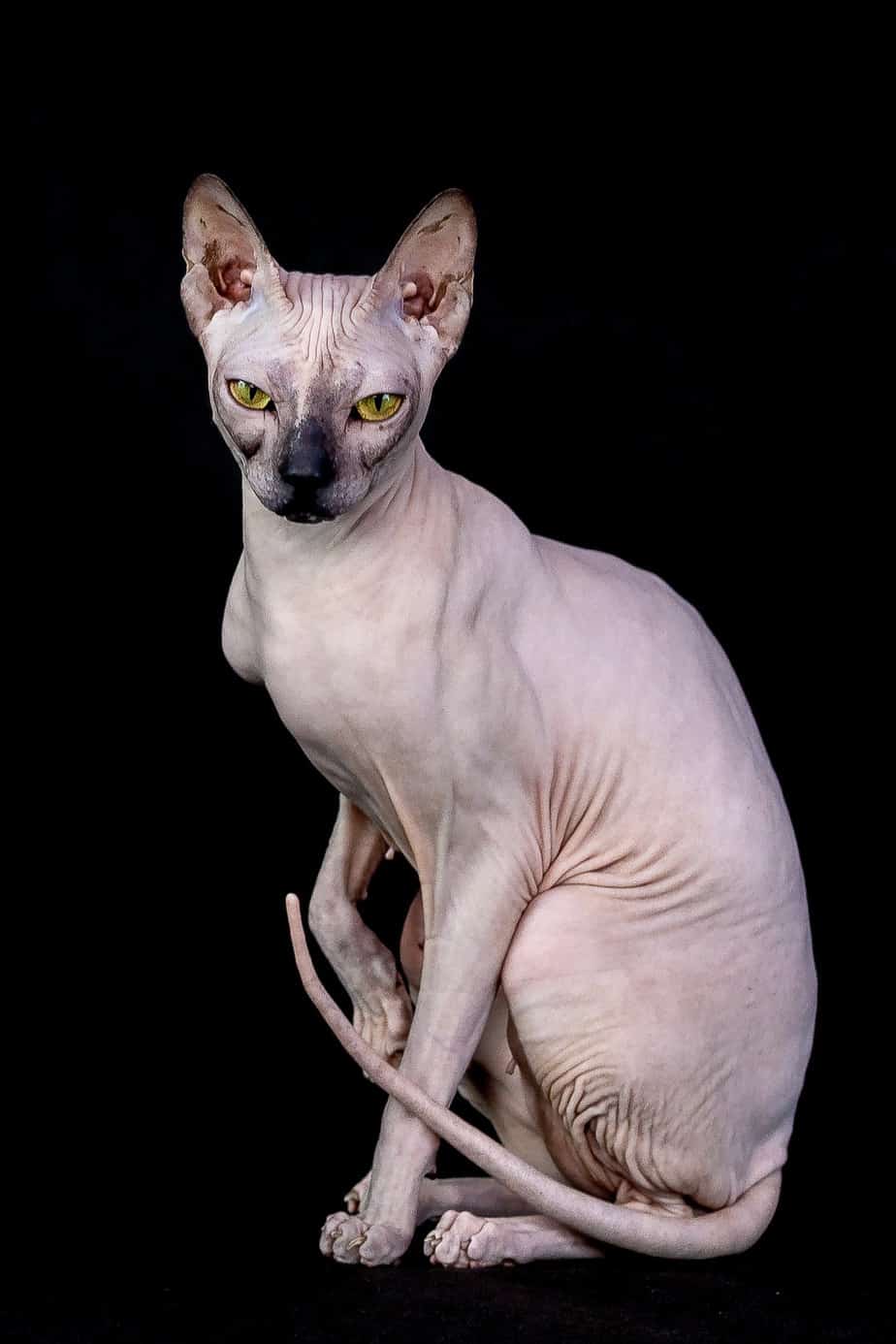 Many know Sphynx cats by their lack of fur. They are one of the best cats that don’t shed. These lovable piles of wrinkly skin are also adorned with large, expressive eyes that can bore right into the heart of their owners. Alongside the extremely large, pointed ears, it’s difficult for these cats to miss anything! Furthermore, they can be quite vocal and enjoy talking to their owners. They are also quite social, energetic, and enjoy resting in the laps of those whom they adore. 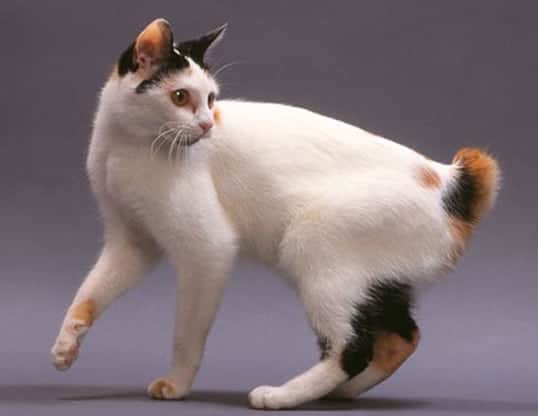 The Japanese Bobtail is interesting in that it lacks the long tail that so many cat breeds share. Instead, it’s known to have a small, bobbed tail that can sometimes give it the appearance of being startled. Alongside their big eyes, some might think they look a little more like a bunny than a cat. In addition, this breed tends to be a highly social one, even to the point of being rather talkative. They are also known to be quite an intelligent breed! 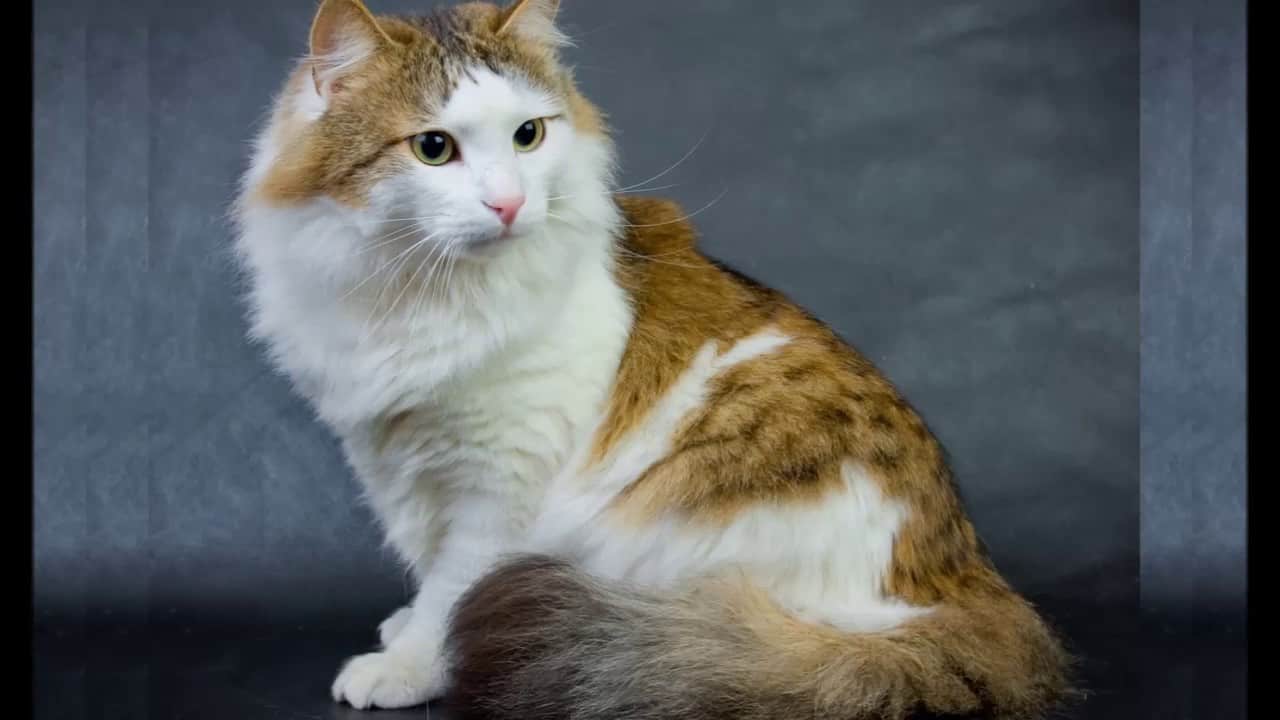 These gorgeous cats also make the list for those breeds with large eyes. In addition, these cats have a long, fluffy coat that can come in a lot of beautiful colors. They are also considered to have a longer lifespan than some other breeds. Furthermore, these cats can be quite mellow and gentle, which can make them a great option for homes with smaller children. It’s a hard breed to go wrong with!

There are a multitude of cats that have large eyes, from the longhair breeds to those that have absolutely no hair. Each breed also comes with their own unique features and personalities, which can be really helpful if you’re looking for the ideal cat breed for your home.

Many of the features on these cats get mixed into the ancestry of those you might find in a shelter, so if you’re looking for a new pet that is the ideal place to start. Make sure to consider what kind of grooming you’re willing to give and what kind of personality will fit best in your home.